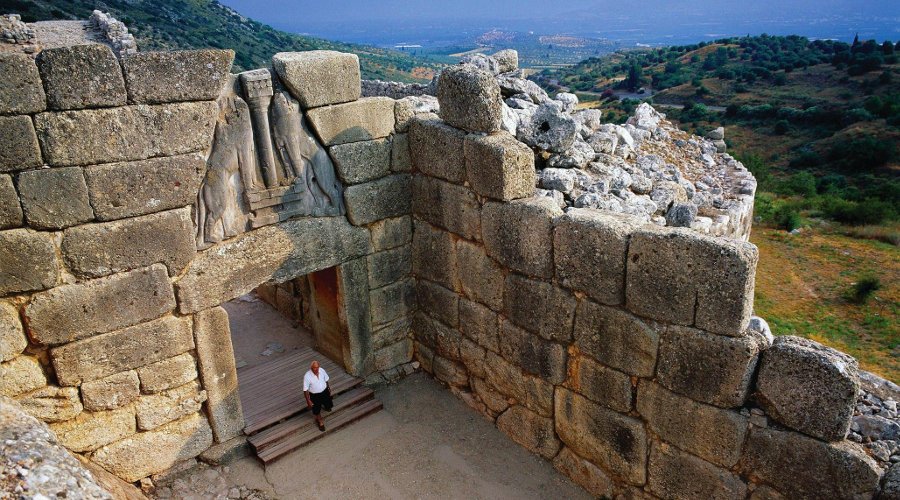 You will board your private vehicle and drive west of Athens through the highway.

Your first stop will be by the Corinth canal, which separates the mainland from the peninsula of the Peloponnese and connects the Ionian Sea with the Aegean Sea. There you will have the chance to walk over the bridge and enjoy breathtaking views, taking as many photographs as you would like to.

Your journey towards Epidaurus will continue with a 40 minute scenic drive along the coast of the Saronic Gulf. On the way your driver will point out the ruins of the ancient port of Kechries, from where St. Paul embarked his ship departing to Ephessus. Your windy but picturesque drive will give you impressive views of small islands and several fish farms. Reaching Epidaurus you will have a private tour of the spiritual sanctuary of Asclepius and the theater with the most famous acoustics in the world.

Leaving ancient Epidaurus you will continue with the drive to Nafplion, a picturesque sea port town on the Argolic Gulf. This was the first capital of modern Greece; it's a city with beautiful monuments and neoclassical buildings as well as two famous forts Palamidi and Bourtzi which is situated on an island opposite the port. You will be able to stroll around, take pictures and have lunch in the "shade" of the tall neoclassical buildings next to Sydagma square if time allows it.

Continuing your journey in the afternoon you will drive to the archaeological site of Mycenae, passing through the lush valley of Argolis with its many olive groves, lemon and orange trees. On your way you will drive pass the Mycenaean citadel of Tiryns and you will be impressed by its remaining cyclopean walls.

Mycenae was the centre of power in the late Bronze Age until the 11th century BC and once there you will enjoy a private guided tour. There lies the famous Lions Gate and the Acropolis where Agamemnon was murdered by his wife Clytemnestra and that is where you will be able to explore all of its pathways. Leaving the Acropolis you will also make a short stop by the treasury of Atreus, also known as the tomb of Agamemnon. At the end of your guided tour you will be given some free time to walk further up the citadel and reach the top, where the palace with two floors used to exist. Be prepared for a lot of hiking on steep rocks and to being exposed to the weather conditions since there are almost no trees inside the citadel today. On your way down you can also make a small deviation and go visit the museum of Mycenae, if there is enough time available, which although it mostly has copies of the treasures that are displayed in Athens, it still is very interesting.

As soon as you meet your driver back at the parking area, you will be offered the drive back to Athens, where you will be dropped you off either at your hotel, or another location of your preference.

What makes our private touring a memorable experience for you

Also all of our vehicles are certified for tourist use by the Greek National Tourism Organization.During your tour your private vehicle and driver will be flexible for small changes in the itinerary to make your trip more comfortable and create a pleasant travelling experience. Also your driver will be able to comment on the places that you will drive through and provide useful information about the sights.

The hotels are selected after having personally inspected each of them in order to offer you excellent location, high quality of services, elegant ambiance and warm hospitality. Breakfast served by the hotels in the rural areas is freshly prepared and mainly consisted by Greek local natural products. All hotels offer free Wi-Fi.

Our tours are designed to present all major attractions at the areas visited and also provide an augmented experience that will empower the traveler to interact and be part of the social and cultural environment of our country.

We have carefully selected our licensed tour guides to be experienced, fluent in the language requested, friendly with children and flexible to customize your guided tour according to your own special requirements.